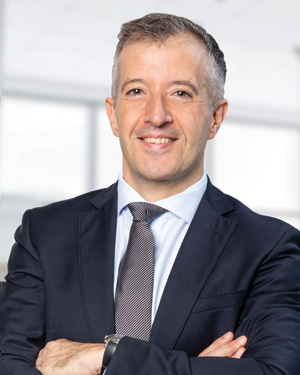 MEMBERSHIP OF BOARD COMMITTEES PRESENT DIRECTORSHIP

Juan Aranols is the Chief Executive Officer of Nestlé (Malaysia) Berhad and the Region Head of Nestlé Malaysia, Singapore & Brunei.

Aranols is currently helming Nestlé Malaysia with a Turnover of over RM5.5 billion in 2019. Nestlé Malaysia employs over 4,600 staff, with six factories throughout the nation and is a company listed on Bursa Malaysia. As the Region Head, his office is also responsible for Nestlé Singapore with two factories and 1,200 staff.

Aranols brings over 28 years of experience to the business globally in the Nestlé Group from his key roles across a number of different markets in Europe, Latin America and the global headquarters in Switzerland. A graduate from the University of Barcelona, Aranols joined Nestlé in 1990 as an auditor for Nestlé Spain before taking on responsibilities in 1995 as a Strategic Business Controller based in the Nestlé S.A. Headquarters located at Vevey, Switzerland and a Finance Manager for the Ice Cream and Frozen Food business in Italy.

In the last six years, Aranols has been based at the Nestlé S.A. Global Headquarters in Switzerland, first as Global Group Controller and since 2015 in his current role as CFO for Zone AOA: Asia, Oceania and sub-Saharan Africa, and member of the Zone AOA Executive Team (CHF 22 bio sales, 90 countries, across 3 continents). During this period, he also had management oversight of the Confectionery and Nestlé Professional businesses in Zone AOA.